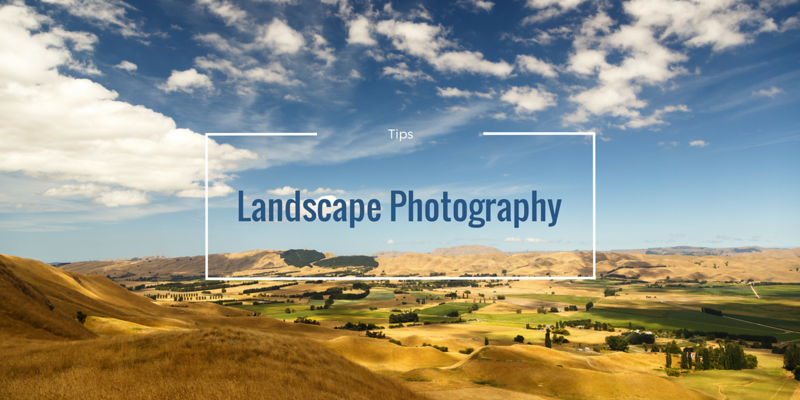 How many times have you come across a scene that took your breath away, but just couldn't capture an image that even came close to breathtaking? Landscape photography involves much more then snapping a simple photo. But you don't have to be a pro to shoot better landscapes—here are 20 landscape photography tips for beginners that intermediate and advanced photographers can appreciate as well.

1. Some of the most important gear is also the least expensive


There are a handful of photography accessories that aren't big on expense, but make a big impact on landscape images. Using a tripod helps keep images sharp and opens up more possibilities when shooting in low light or for creating long exposure effects. While the cheapest tripods will introduce camera shake from a small gust of wind, a hundred dollars or two can go a long way. A simple, inexpensive filter can also mean the difference from being able to capture the scene or not. A polarizer filter will darken the sky and control reflections. A graduated neutral density filter prevents the details in a bright sky from being washed out.

2. Getting to know the gear you already have will lead to better images


Sure, an expensive camera with a bigger sensor will get you more resolution, but often, getting to know the gear that's already in your bag will help too (and that's free). Do you know what your camera's hyperfocal distance is? Hyperfocal distance maximizes the sharpness in landscape photography, but it varies from camera to camera, depending on the size of the sensor.

Do you know your lens' “sweet spot,” for landscape photos? All lenses are not equally sharp at equal apertures It's generally about three stops from keeping the aperture wide open, but you can also test it to be sure. Knowing where your gear performs the best, as well as finding all the extra features, can improve your landscape photos without forking over big wads of cash for new gear. 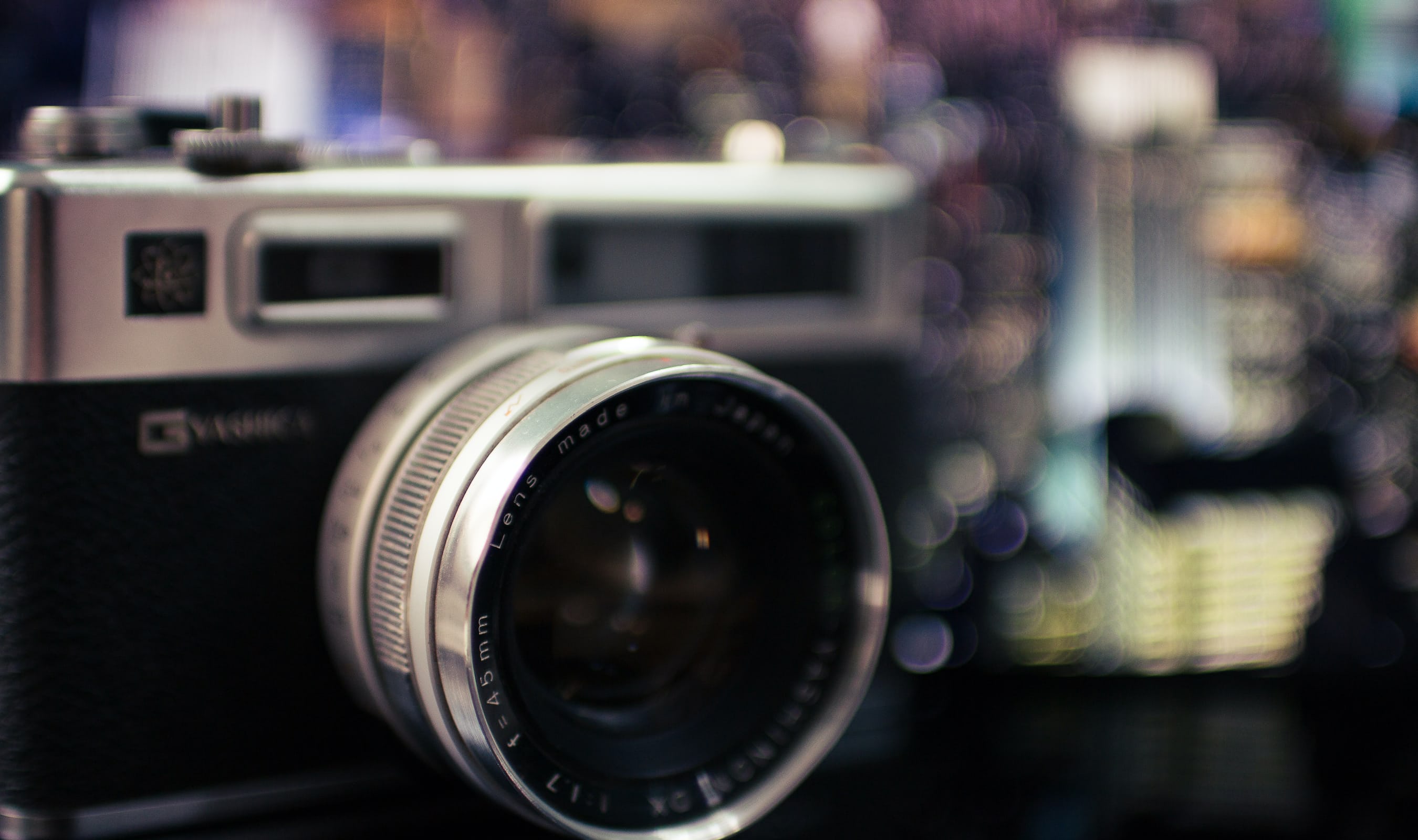 
Shooting a landscape photo is about capturing an entire view, and to do that, most of the scene needs to be in focus. That's where depth of field comes in, or how much of the image is in focus. There's a few different factors that come into play, like the distance between the subject and the background, but aperture plays a big role. Wide apertures, or smaller f-stops, result in a deeply unfocused background. Narrower apertures are often preferred in landscape photography, because they capture detail in the entire scene, with little left unfocused. 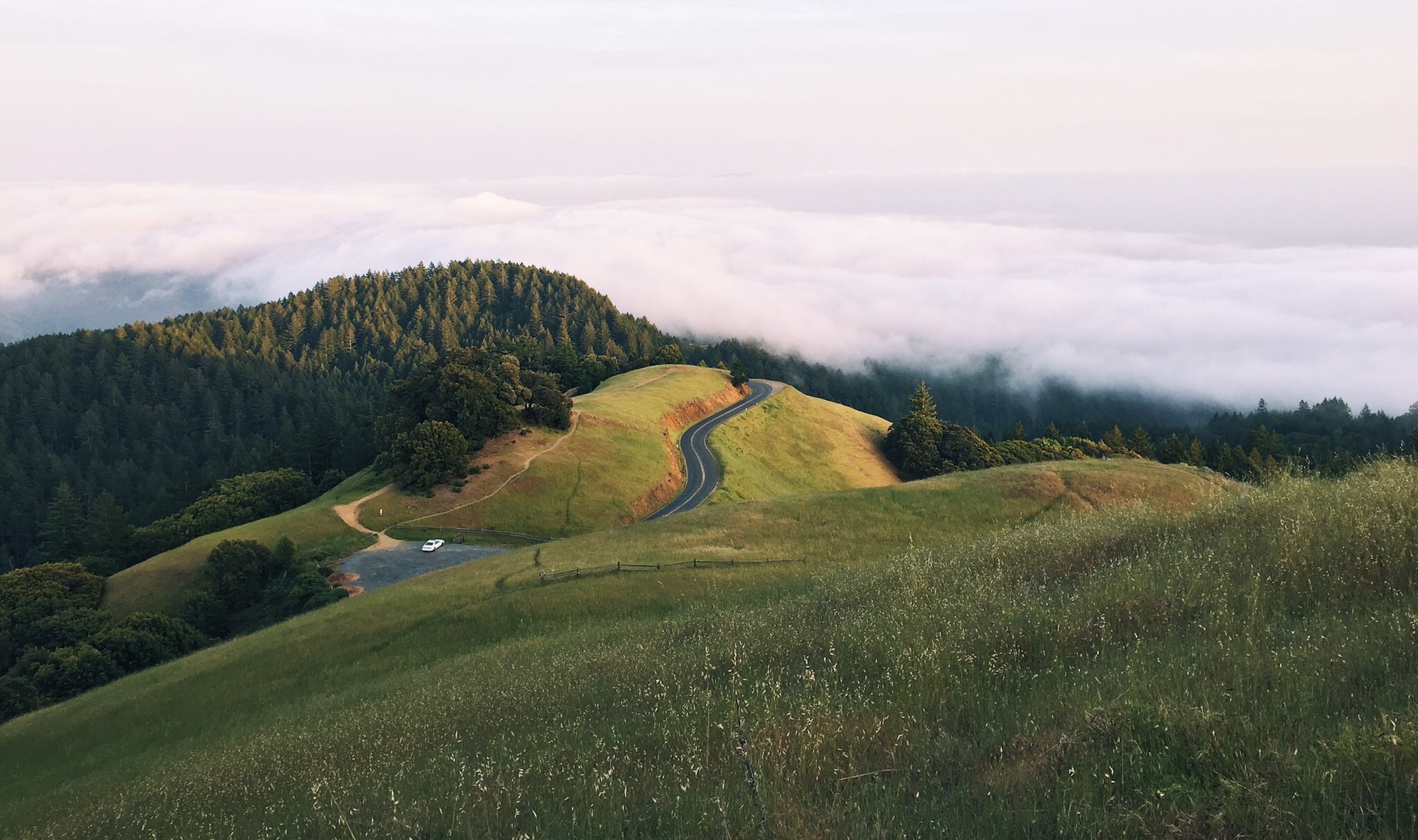 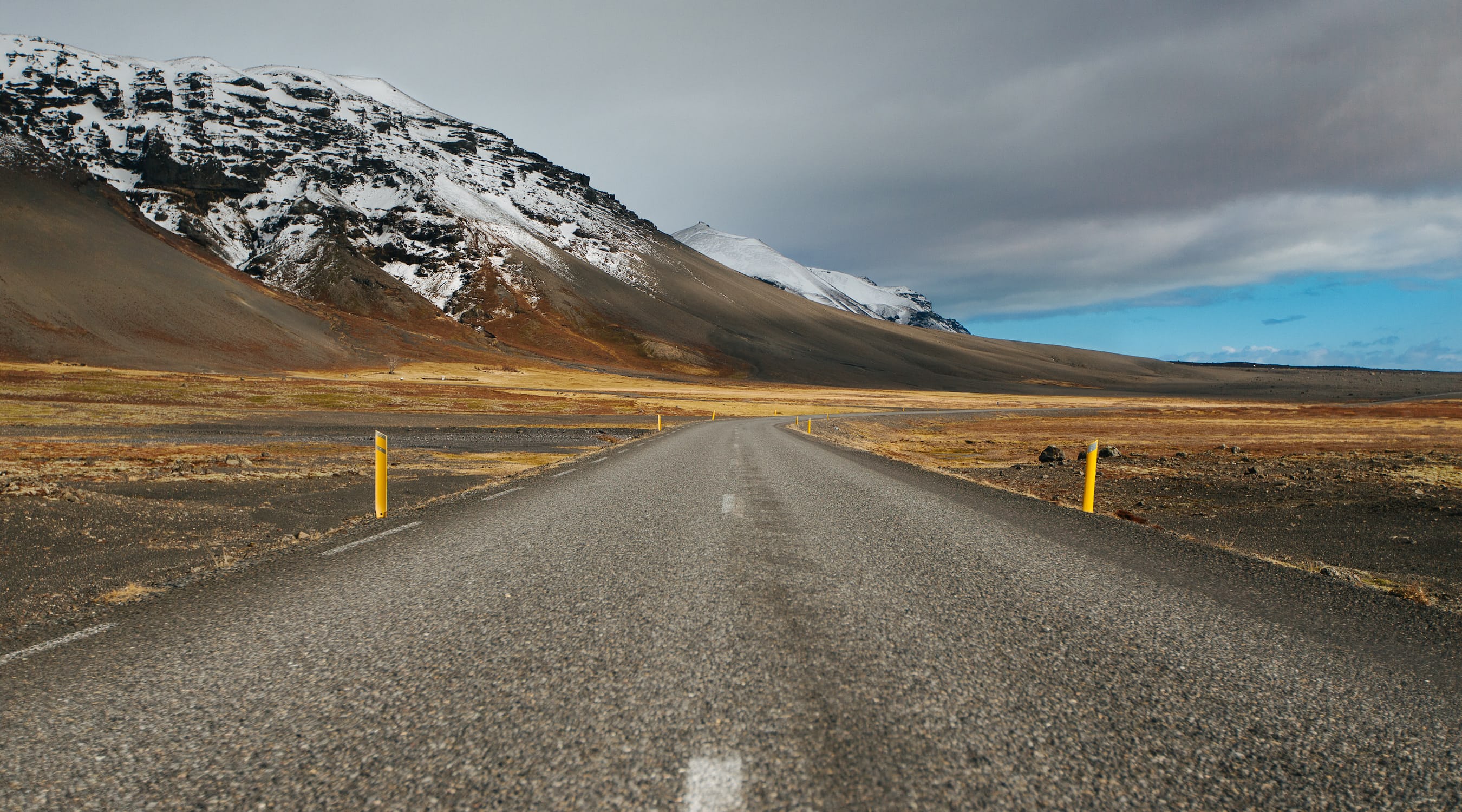 5. Using a simple object as a focal point makes a big impact


Just like you don't always need expensive gear for landscape photography, you don't always need elaborate scenes, either. Often, a simple object used as a focal point makes a big impact. A lone tree in a field of wildflowers. A single sailboat in a calm lake. Try using the rule of thirds to place that simple object off center and keeping the rest of the scene simple—the viewers eye will be drawn right to that point. 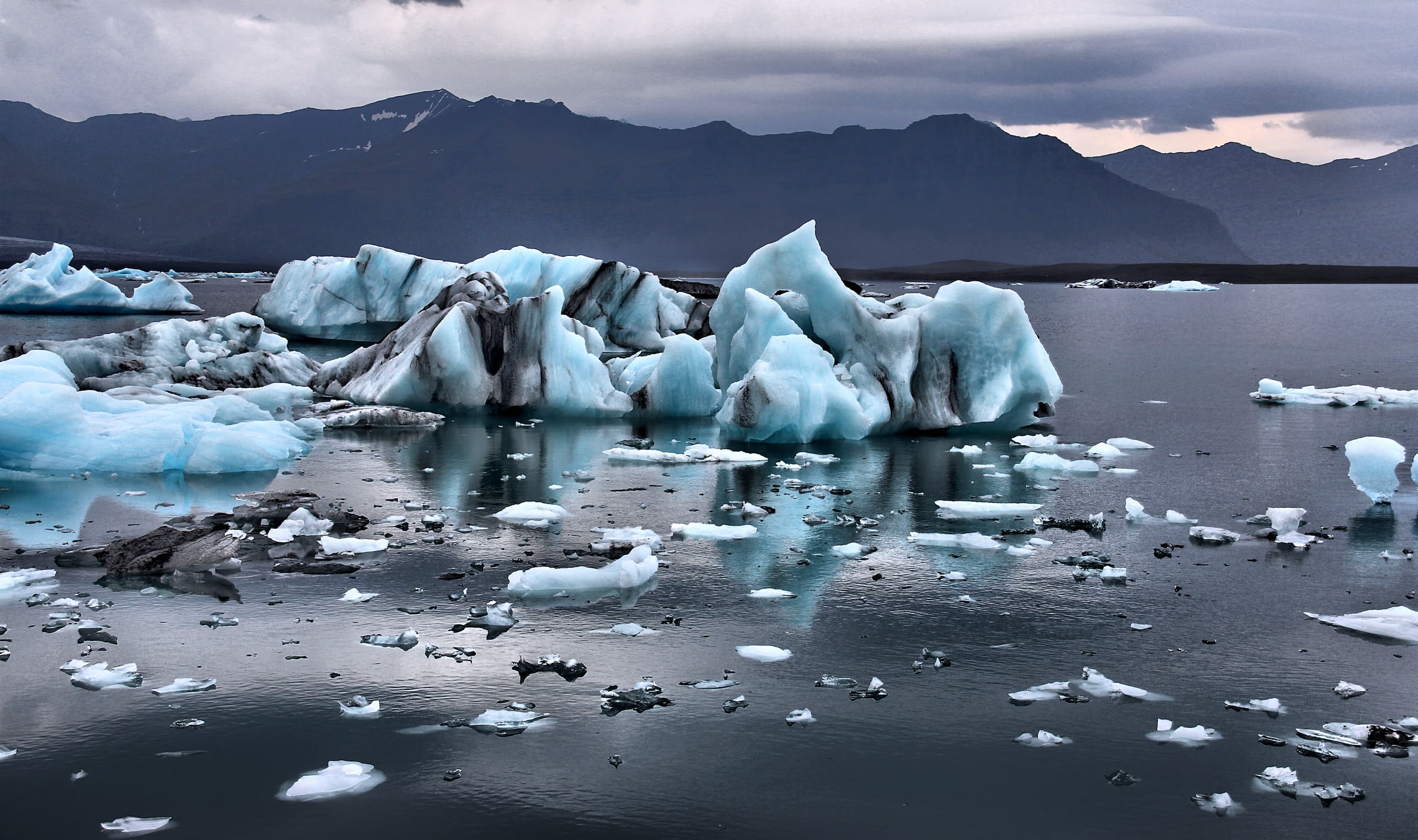 6. Add elements to the foreground to avoid flat image depth


It's so easy to get caught up in shooting an entire scene that little details are often missed. But, adding elements to the foreground, or what's closest to the viewer, is a technique that often helps bring a so-so scene to life. Including rocks, vegetation and other objects near the front of the photo gives the photo a sense of depth, making it feel more touchable then an empty, flat scene. 
Capturing an entire scene while still drawing the eye to a focal point is part of what makes landscape photography so tricky. You can use a simple object (tip 5) or a foreground (tip 6), or you can draw the eye in by including a line or pattern. A row of trees, a dock, a road—all of these can be used in an image as a leading line, where the eye will follow wherever that line is headed. 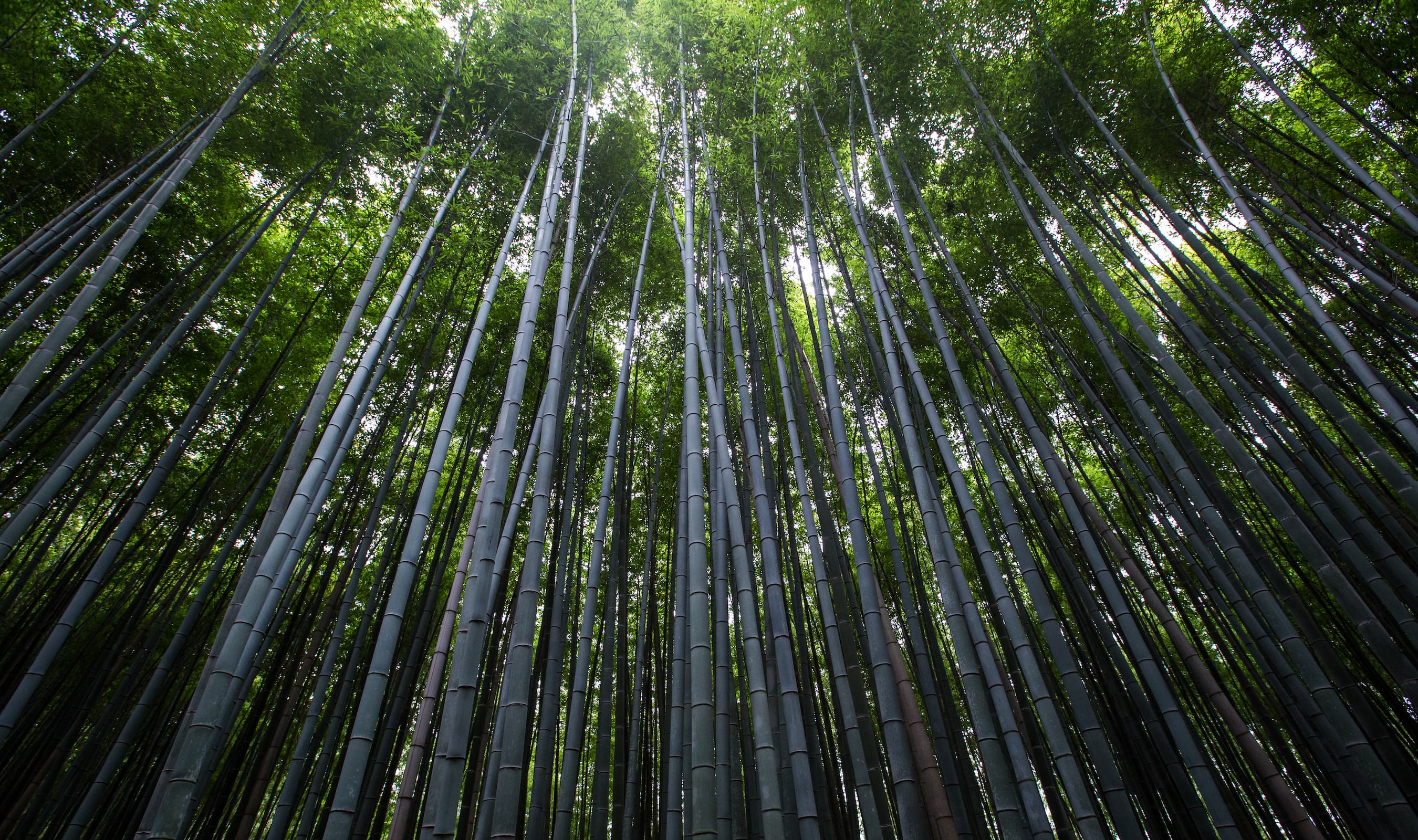 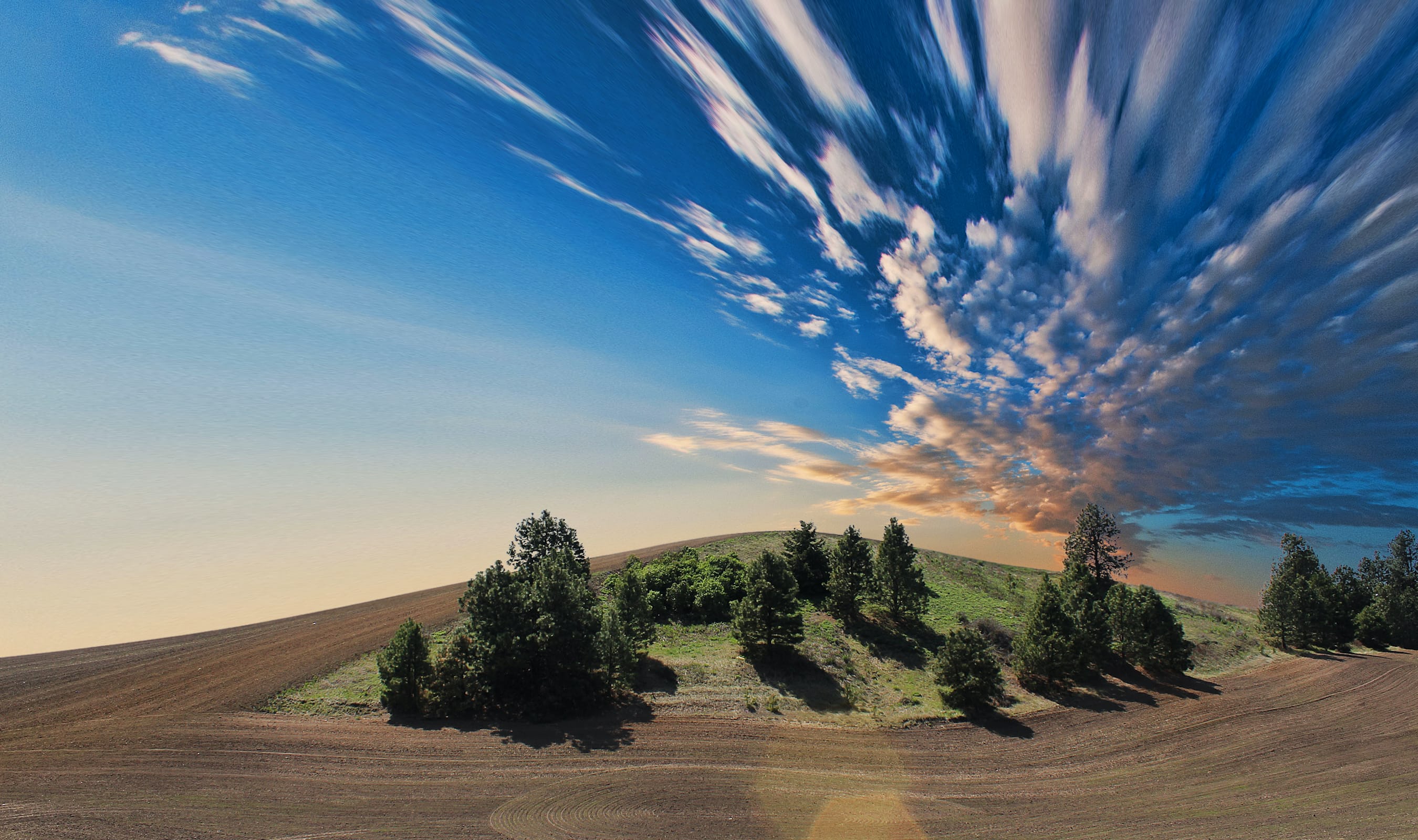 9. The same scene at different times of the day will look dramatically different


Timing is everything when it comes to capturing landscapes—the same scene at noon won't look the same at 8 p.m., the same scene on Monday won't look the same on Tuesday. Different times of day play a big factor in the level and type of light. Golden hour, about an hour before sunset, gives scenes a natural orange glow, with soft light and fewer shadows. The middle of the day is the worst time for shadows, but water typically looks the most blue when the sun is directly overhead. The weather plays a role too, so scenes can be different from day to day. Consider how the mood changes with a bright blue sky with puffy white clouds versus a gray sky with dramatic, heavy clouds.

10. The horizon doesn't have to be centered


It's okay to experiment with the horizon in outdoor landscape photography. If the sky is rather dramatic that day, try placing the horizon on the lower third. If there's really not much to the sky, try placing it in the top third. There's no hard and fast rule here, but don't automatically place the horizon at the center of the image, think about the composition and have a reason for why you choose to place the horizon where you did. 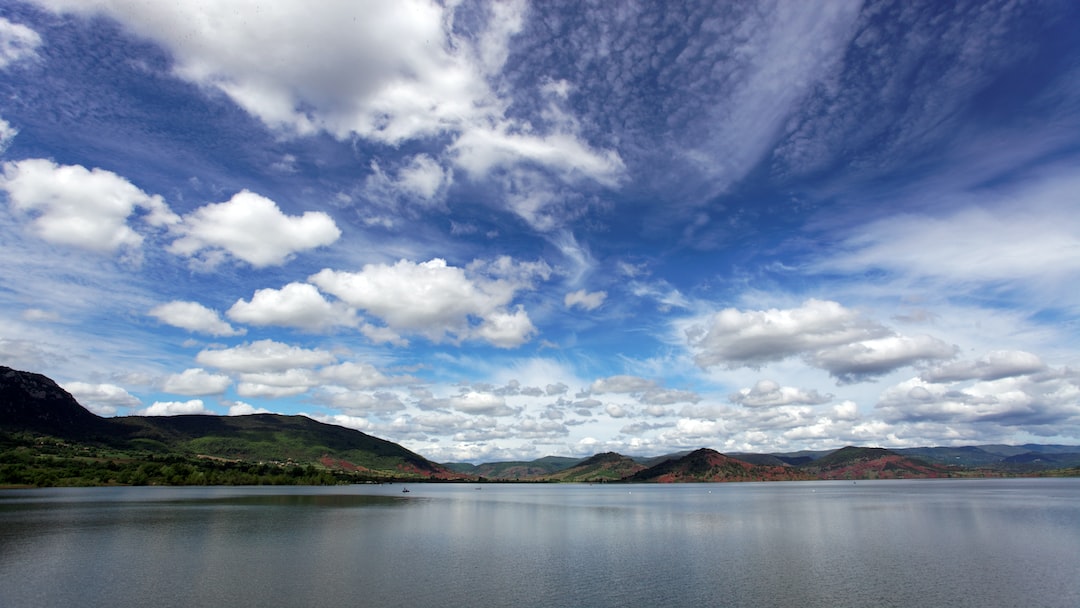 
RAW is the digital negative, a file with much more information then a simple JPEG, which means there's a greater range of possibilities in post processing. There's a few reasons not to shoot JEPG (such as needing to shoot quickly), but they don't really apply in landscapes. Shoot RAW—it's just a simple setting on the camera and a bit more tweaking after the image is taken, but makes a big difference. 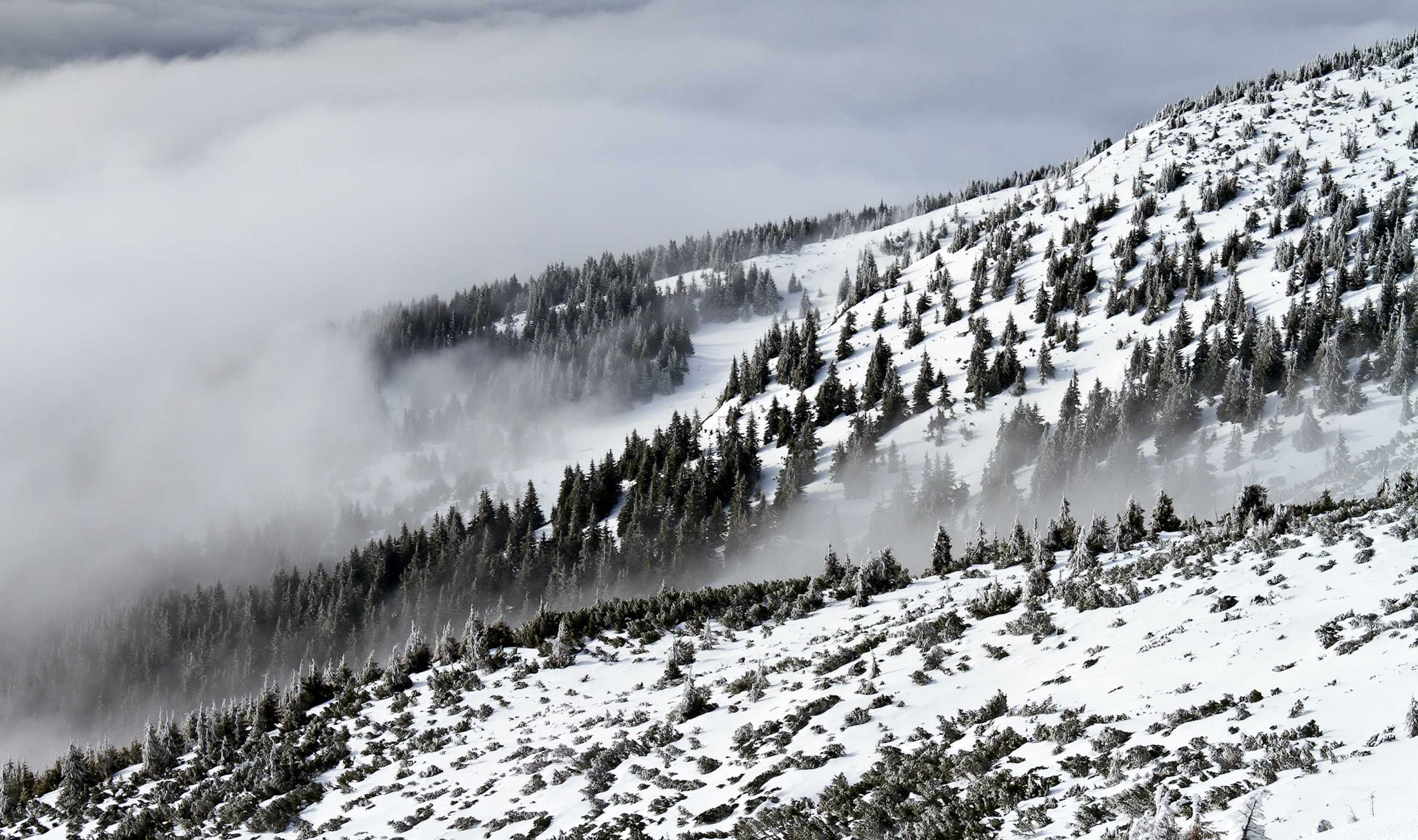 12. Landscapes don't have to be motionless 
Nearly everyone has a camera in their pocket today—but it's not just a fancier camera that sets a dedicated landscape photographer apart from the tourists, it's the extra effort and the eye for composing scenes in a way that captures their beauty way beyond what a simple snapshot can do. The best landscape and travel photography doesn't come from just taking a quick snapshot of the same scene that everyone else sees. Take your time—an extra five minutes of exploring off the usual tourist path can make for a much more dramatic image (not to mention a less common one). This will enable you to build a portfolio worth showcasing.

14. Landscapes can use portrait orientation too

15. If nothing else, find good lighting


A seasoned landscape photographer doesn't just look for a good view—they find good light. It's the eye for light that sets the seasoned landscape photographer apart from the novice. The right light will have a dramatic impact on the scene. Look at the shadows in the scene—do they contribute or are they distracting? Look at the color of the light—would this scene be better shot earlier or later in the day? Lighting is too important to photography to not consider it for every shot. 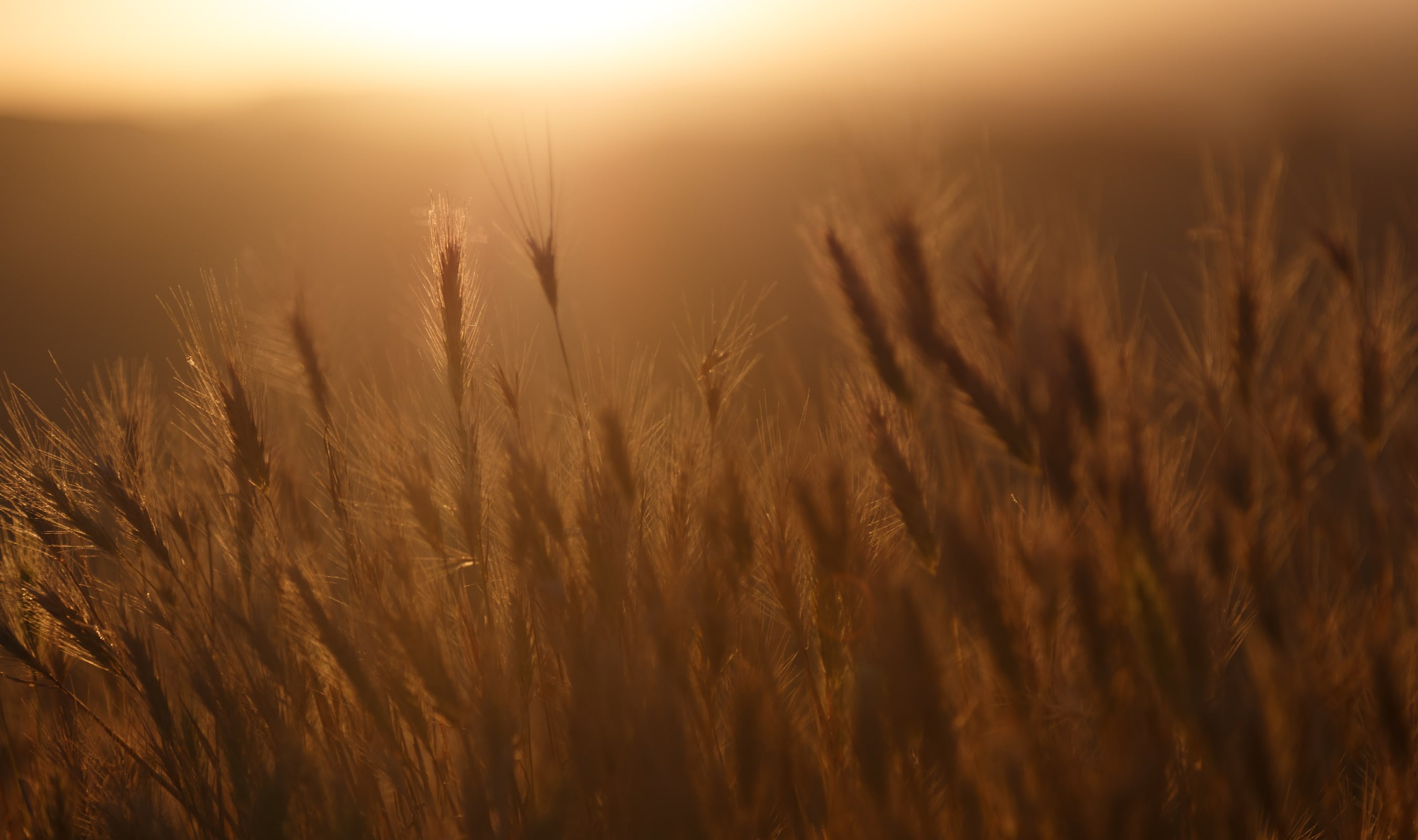 16. The self timer is good for more than just selfies


Back before the word “selfie” was even a word, cameras still came equipped with self timers—and they're not just for taking pictures of yourself. When shooting a long exposure on a tripod, even the motion of pressing the shutter release can introduce blur to an image. Instead, use the self timer (or purchase a remote control) so you don't introduce any camera shake.

17. Try HDR, but be careful not to overdo it


High Dynamic Range, or HDR, is a technique that combines the same image at multiple exposures to prevent details from being washed out in the shadows or highlights. By capturing the scene at multiple exposures, you have the details that are often hidden in shadow or washed out in the bright areas. It's a good technique to learn—but novice photographers also need to learn when to use it. It's not necessary for scenes that already have excellent lighting with few shadows. And even scenes with a lot of shadows will look fake if too many images are combined during the editing process.


People don't often come to mind when thinking about outdoor landscape photography, but many scenes that are excellent for photos are also filled with tourists. There's a few options here. You can take multiple pictures of the same scene and use the clone tool in Photoshop to eliminate the people. Or, you can incorporate them into the scene—after all, humans are part of nature too. Including a single person or a moving crowd can make a big impact on landscape photos. 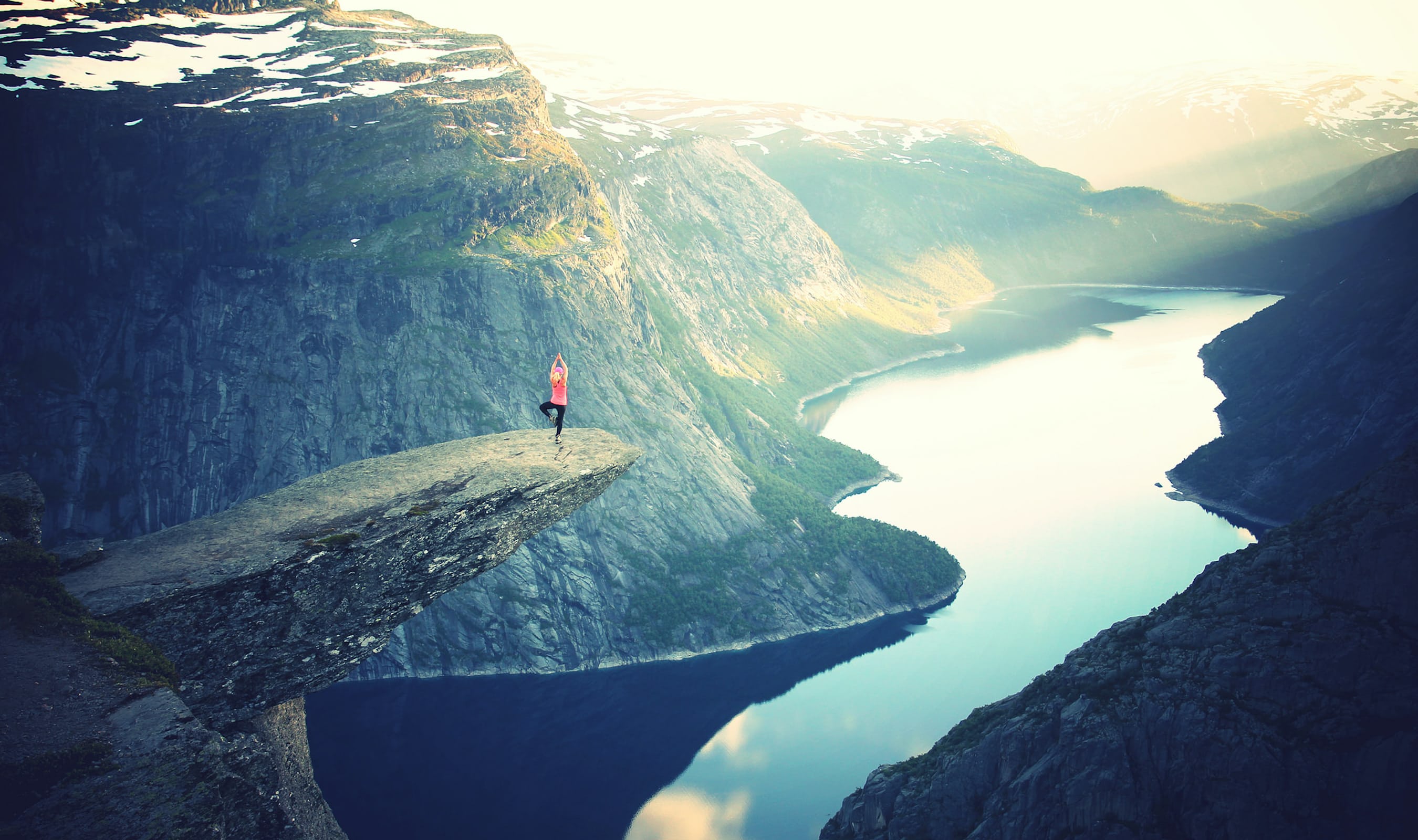 
Some scenes are so elaborately beautiful, it's hard to know where to look. It's the photographer's job to direct the viewer where they should be looking. This can be done through a simple focus point, a leading line or several other techniques, but, all of these methods also use simplicity too. When composing the scene, pay attention to everything that's in the photo. Would the photo have the same feel without that object? If so, crop it out. Keep the scene simple, and the viewer will be drawn in to what really matters.


While the first thing many novice photographers think about is the land (after all, it's called LANDscape photography), the sky can make a big impact. Pay attention to the weather—different types of clouds will change the mood of the image dramatically. Use a polarizer filter to help bring out the details in the sky, or, for very bright skies, use a graduated neutral density filter to prevent the details from being lost to overexposure.
Good landscape photography is far from simple snapshots. But, with a few landscape photography tips, even budding novice photographers can learn to capture breathtaking scenes.